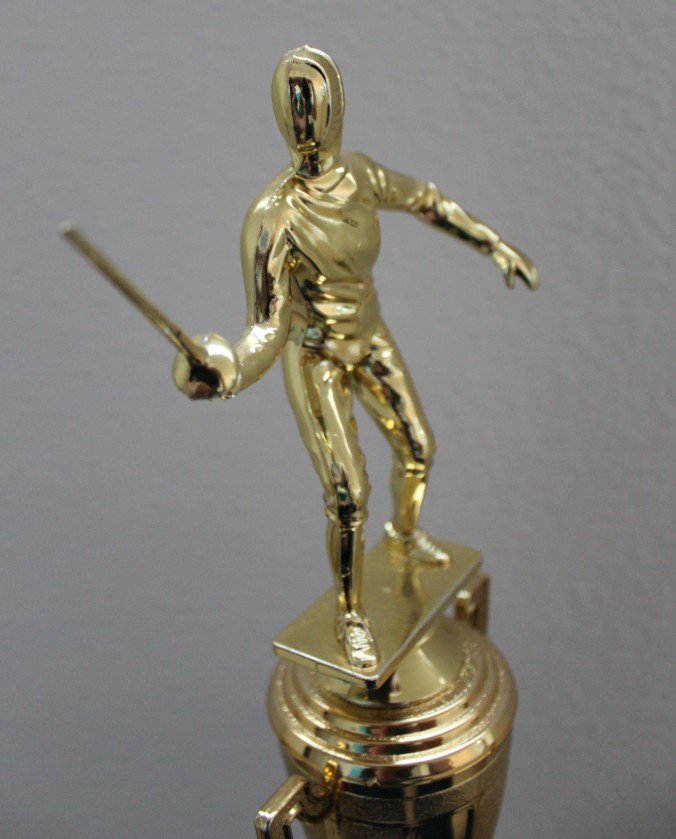 In order to compete in the CCHSC fencers must be eligible and qualify.

I-1.             To be eligible, fencers must be in the 9th to 12th grade. Fencers can be attending a public, private, charter, or home-based school in San Luis Obispo, Santa Barbara, or Ventura counties.

II-1.            To qualify for the CCHSC fencers must attend a qualifying event during the season.

II-3.             Fencers that have been ejected (“black carded”) from any qualifying event will be disqualified from attending the Central Coast High School Team Championship.  Fencers may submit a written appeal of this decision to the CCFF Board.

III-1.           All events will be fenced as foil tournaments following USA Fencing rules for senior competitions.

III-2.           Qualifying events will be run as individual competitions with pools followed by 100% promotion to Direct Elimination with bouts to 15 touches.

Format A. Team relay event with teams of three fencers with one optional alternate. USA Fencing rules for team competitions will be followed.

Format B. Individual event where the placements for top three fencers from each school are used to create an overall team score. The lowest scoring school wins. Schools with less than three fencers will take a score penalty equal to the number of entrants + 1.

III-4.           Teams for Format A must be mixed gender and composed of fencers from a single high school. If not enough fencers are eligible or qualified from one school, they can fence as a composite team based on geographic location or club.

III-5.           There is no limit to the number of teams that can be entered for Format A from a school, area, or club, provided that each team member is eligible and has qualified.

III-6.           There is no limit to the number of fencers that can be entered for Format B from a school, area, or club, provided that each fencer is eligible and has qualified. Only the top three placements will be used for scoring.

The Foundation is a non-profit organization dedicated to the advancement of the sport of fencing on the central coast of California. By providing financial and operational assistance, educational opportunities, and the sharing of information in the spirit of openness and cooperation, the Foundation helps athletes, coaches and clubs to realize their goals, raise awareness in their community, and achieve excellence in their sport.

Theme by Anders Noren — Up ↑